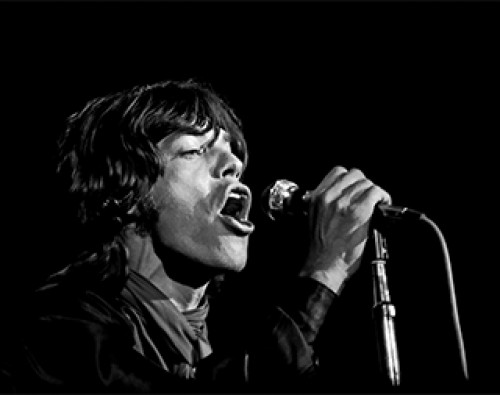 Ken Davidoff has worked as a professional photographer since 1966, when he started working at his family’s photography studio in Palm Beach. His father, Bob Davidoff, was the family photographer for President John F. Kennedy. Over his career, Ken has captured images of rock legends such as Mick Jagger, John Lennon, Johnny Cash, and Elvis Presley. His portfolio features additional celebrities, presidents, monarchs, and historical events, including the launch of Apollo 11. In 2008 he and Jack Connell started the company oldrockphoto.com which is an archive of Ken’s rock photography and has licensed many of his photos for books, magazines, documentary films, record albums, clothing, and online publications.

This exhibition showcases photographs taken at the November 1969 Palm Beach Pop Festival, where more than 40,000 fans descended on the Palm Beach International Raceway to see an iconic lineup of 1960s rock legends. As the official photographer, Ken photographed such acts as Janis Joplin, Jefferson Airplane, Sly and the Family Stone, The Byrds, and The Rolling Stones.