'Till Death Do Us Part, You First at Stonzek Theatre 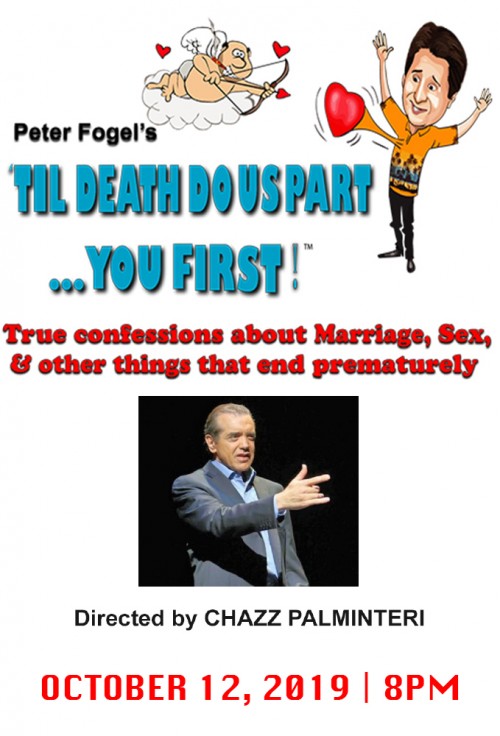 Eternal Bachelor Peter Fogel has major commitment issues as the love of his life has just broken up with him on Valentine’s Day! Sensing his own mortality he decides to revisit the scene of all his romantic disasters with a Special Visitor who mentors him on the true meaning of commitment.

And with that decision, Fogel brings you his autographical tale of a comedian’s Quixote quest to finding and surrendering to the one woman who can transform his life: Fogel’s hysterical and critically acclaimed multi-media solo show, ‘TIL DEATH DO US PART…YOU FIRST! is Directed by Academy Award Nominee and Three-Time Emmy Award Winner CHAZZ PALMINTERI (A Bronx Tale, The Usual Suspects, Bullets Over Broadway)

Fogel laments to his audience: “The longest relationship I’ve ever had in my entire life… is with T-Mobile!”