LU for Lucerne Avenue, and LA for Lake Avenue 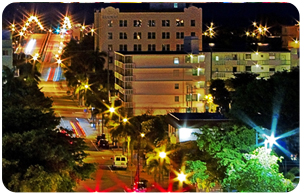 In the tradition of great Arts Districts, the name “LULA” comes from the merging of the names of the streets around which it is located. Just as New York’s “Soho” district denotes the area “south” of “Houston” Street, Lake Worth’s “LULA” centers between Lucerne and Lake Avenues. Lyrical and distinctive, it is a natural fit for Lake Worth’s nascent district.

This focus on the streets helps to locate the arts district within the greater Lake Worth region, but more importantly, it reinforces the culture-rich urban setting that gave birth to the district. It Just as New York’s “Soho” district denotes the area “south” of “Houston” Street, Lake Worth’s “LULA” centers between Lucerne and Lake Avenues.also carves out a character for itself that supports the city without consuming it. To wit, LULA is Lake Worth, but Lake Worth is not LULA. This distance is crucial in allowing the district room to expand cultural horizons that reach beyond the city’s borders. To grow, it must attract artists and connoisseurs alike, and thus must satisfy the requirement for a transcendent name.
Lula rolls from the tongue, playfully evoking the spirit of the arts, sounding like notes from a song and inspiring like a muse long sheltered by the shore of a tropical lagoon.

LULA looks to improve the social, economic and cultural conditions of Lake Worth’s community through meaningful, quality arts programming. Whether it is after-school programs targeting at risk youths, public art refurbishing a blighted downtown area, or a music festival bringing together a diverse audience from the community, successful programming utilizes community driven planning that creates a stronger community.